Next admin to decide on fuel tax suspension: Palace

Next admin to decide on fuel tax suspension: Palace

Malacañang will leave it up to the administration of President-elect Ferdinand “Bongbong” Marcos Jr. to decide on calls to suspend the excise tax on oil products to address the soaring cost of fuel.

“Hahayaan natin sa susunod na administrasyon ang desisyon tungkol sa panawagang ito (We will leave it up to the next administration to decide on these calls),” acting presidential spokesperson and Communications Secretary Martin Andanar said in a Palace press briefing Tuesday. 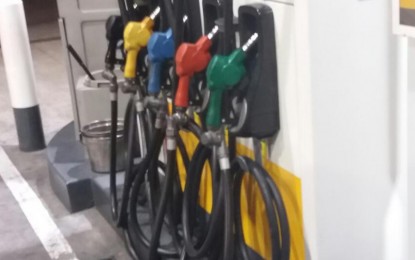 Andanar said President Rodrigo Duterte has not changed his mind about rejecting proposals to suspend the excise tax on fuel products.

In March, Duterte instead approved the recommendation of the Department of Finance to provide direct aid to the most vulnerable sectors, allocating PHP33 billion for unconditional cash transfers to poor families.

Under this cash aid, qualified households would receive PHP200 a month or a total of PHP2,400 as aid.

Citing Finance Secretary Carlos Dominguez III, Andanar said the excise tax on oil products must be retained because the amount has been budgeted for salaries of school teachers; “Build, Build, Build” infrastructure program; and other expenses.

Dominguez earlier warned that suspending excise taxes on fuel products would force the government to borrow money and result in PHP105.9-billion revenue losses in 2022 or around 0.5 percent of the country’s gross domestic product this year.

The administration of Marcos is also against suspending excise taxes on fuel products anytime soon.

In an interview over CNN Philippines’ The Source, Bangko Sentral ng Pilipinas Governor and finance chief-designate Benjamin Diokno said cutting taxes on fuel would be a “wrong move” at this time.

Marcos himself said there are other ways to address the rising costs of fuel aside from suspending excise tax on oil products.

He, however, also said he may reconsider it should there be a study showing that removing excise taxes on fuel products would be beneficial.

To date, the government continues to distribute fund assistance to the transport sector.

Over 200,000 public utility vehicle drivers and operators have already received their cash aid, according to the Land Transportation Franchising and Regulatory Board. (PNA)