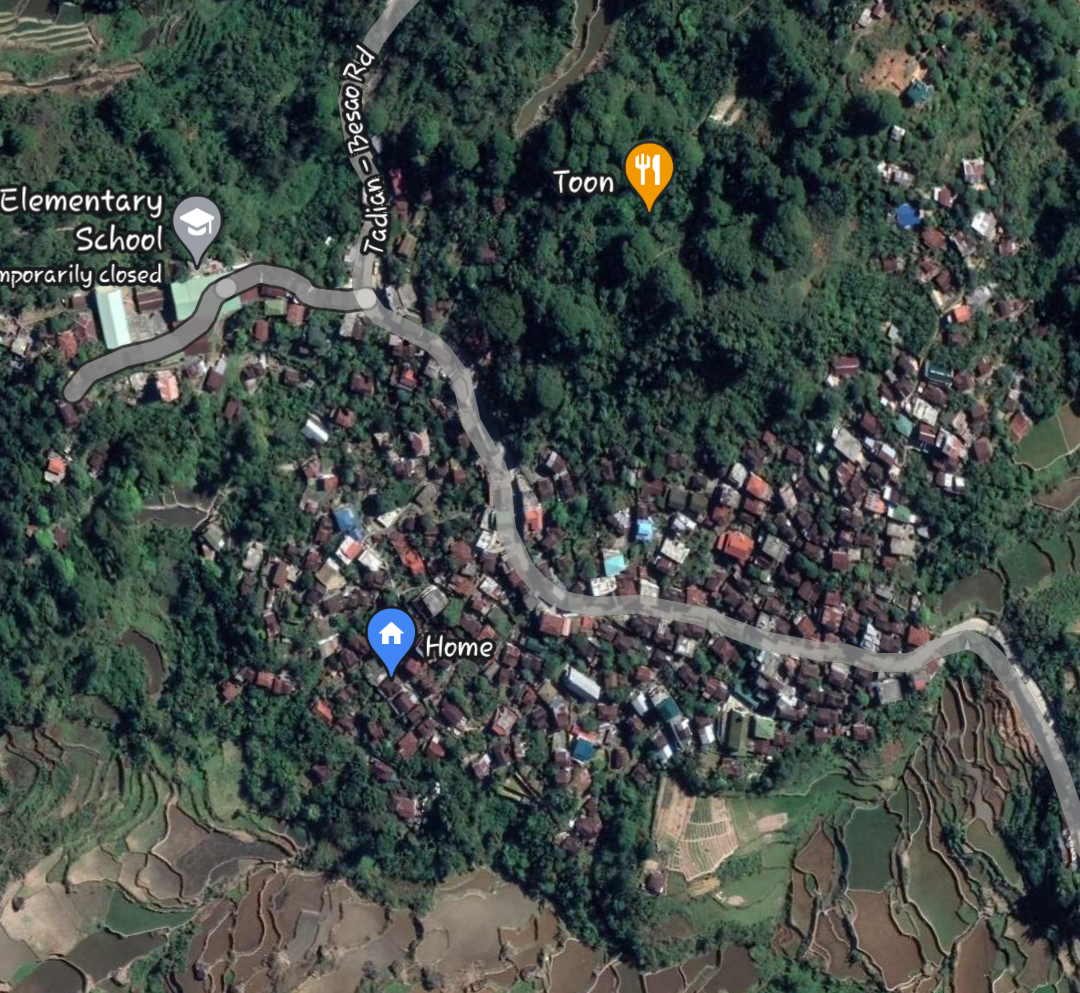 Lubon is one of the barangays of Tadian Mountain Province that is located in the Region of Cordillera in the island of Northern Luzon. It is bounded on the north by the barangays of Masla and Mabalite, on the south by Tadian Poblacion, on the east by the consist of 9 puroks that is being led by Barangay Captain Bernard Buned. It has more than a thousand of population and will continue on increasing as time pass by. The ethnic grouping is 100% kankanaey belonging to the Applai tribe of Western Mountain Province, specifically Besao, Sagada, and Bagnen.
There were no records regarding the creation of Lubon as a separate barangay. Records show though that Lubon was already a barangay of the Municipality of Kayan, then the seat of the municipal government. It was in 1959 that Tadian became the municipio. On June 25, 1963, by virtue of Executive Order No. 42, Tadian became a regular municipality with Lubon as one of its barangays.
The first puroks were Lamagan, Dupagan, Soni, Guedayan, and Tocucan. Then Bayngan and Kebasan were formed. When the Spaniards left, the purok of Tampogo was created. It was in the early 1950’s that the purok of Bilig was created.
Dupagan was the center purok where men held meetings. When these men gather, they recline comfortably (men-dupag) on the stones of the Dap-ay thus the name Dupagan. Soni was so-called because it is located at the far corner of the barangay. Guedayan was taken from the word “gueday” because they say the place kept on eroding. Tocucan was the top most purok and it served as a fort or fence to protect the rest of the barangay. Bayngan was named after the first inhabitant of the purok.
A. Different versions of the Origin of Lubon
The Story of Mantak
The coming of Mantak
Many years ago, the Cordillera mountain ranges were still teeming with wild animals that provide meat for the mountain people. Legends say that three brothers from Ifugao decided to go hunting. They were such brave and strong young men. Mantak, the youngest, brought along his dog, Lab-ong. On their way, the dog started sniffing and begun to move fast. The three brothers followed until they went deep into the forest. The dog, Lab-ong, ran so fast that one of the brothers who could not run as fast froze along the coldest part of the Cordilleras. The other one named Anno stayed behind in Buguias and started a new life there. Mantak went on following his dog. Finally, his dog stopped beside a creek and when Mantak for there, he saw a wild sow “kaong” with a new litter under a macopa tree. Seeing this as a good sign, he built his house in the area and decided to call the place Lab-ong, after his dog that led him there. The name eventually became Lub-ong then Lubon. Others say that Lub-ong was actually coined from “lubalob kaong” which means a sow wallowing in the mud.
Mantak takes a wife
One day, Mantak went hunting for the wild pig that has been destroying his plants. Lab-ong went with him and the dog caught up with the wild pig and killed it near a kaingin. Two young sisters gathering camote saw the fallen pig and covered it with camote leaves. When Mantak reached the kaingin, he asked the sisters if they have seen the wild pig but the sisters denied seeing the pig. However, when they sensed that Mantak was so tired and hungry, they confessed what they have done and to appease Mantak, they offered him lunch. So they brought Mantak to their house in Bagingey (now Bilig).
It was love at first sight for Mantak and one of the sisters named Dayogen. Thus, when the old men of Bagingey decided to offer the stranger (Mantak) as a sacrifice to their gods, Dayogen pleaded that Mantak be spared. And so, Mantak and Dayogen married, went back to Lub-ong and had two sons.
Lub-ong of Bagingey
In the early times, there lived a man named Lub-ong in Bagingey (now Bilig). One day when he was about to feed his pigs, he could not find them. He went searching for his pigs and found them contentedly sleeping under some macopa trees. Looking around, he saw that the place was good to live in. There were springs of water and plenty of fruit trees. He then decided to move his family there and started making rice paddies in the surrounding areas.
On his first harvest of palay, he held a canao and invited people from Bagingey. The people saw that the place was good so they also moved to Lub-ong’s place.
When Lub-ong died, the people named the place after him. As the years passed, the name became Lubon.
B. Earliest Settlers
Lubon is one of the biggest of the 19 barangays of the Municipality of Tadian Mountain Province in terms of population. Lubon proper is 152 kilometers from Baguio City, 7 kilometers from Tadian town proper and 49 kilometers from the Provincial Capiyol of Bontoc. It is accessible through the Baguio-Bontoc Halsema Highway which links it to the province of Benguet and Baguio City.
Summary Data
Type:                                           Barangay
Island group:                              Luzon
Region:                                       Cordillera
Administrative
Region (CAR)
Province:                                     Mountain Province
Municipality:                               Tadian
Postal code:                                2620
Population (2020):                      1,850
Philippine major                          Luzon
island(s):
Coordinates:                               17.0268, 120.8137
(17 2’ North,
120 49’ East)
Estimated elevation                    1,153.6 meters
above sea level:                           (3,784.7 feet)
There is no record about the first settlers of barangay Lubon but the following pictures shows the location where the first puroks/the first settlement located using google map. 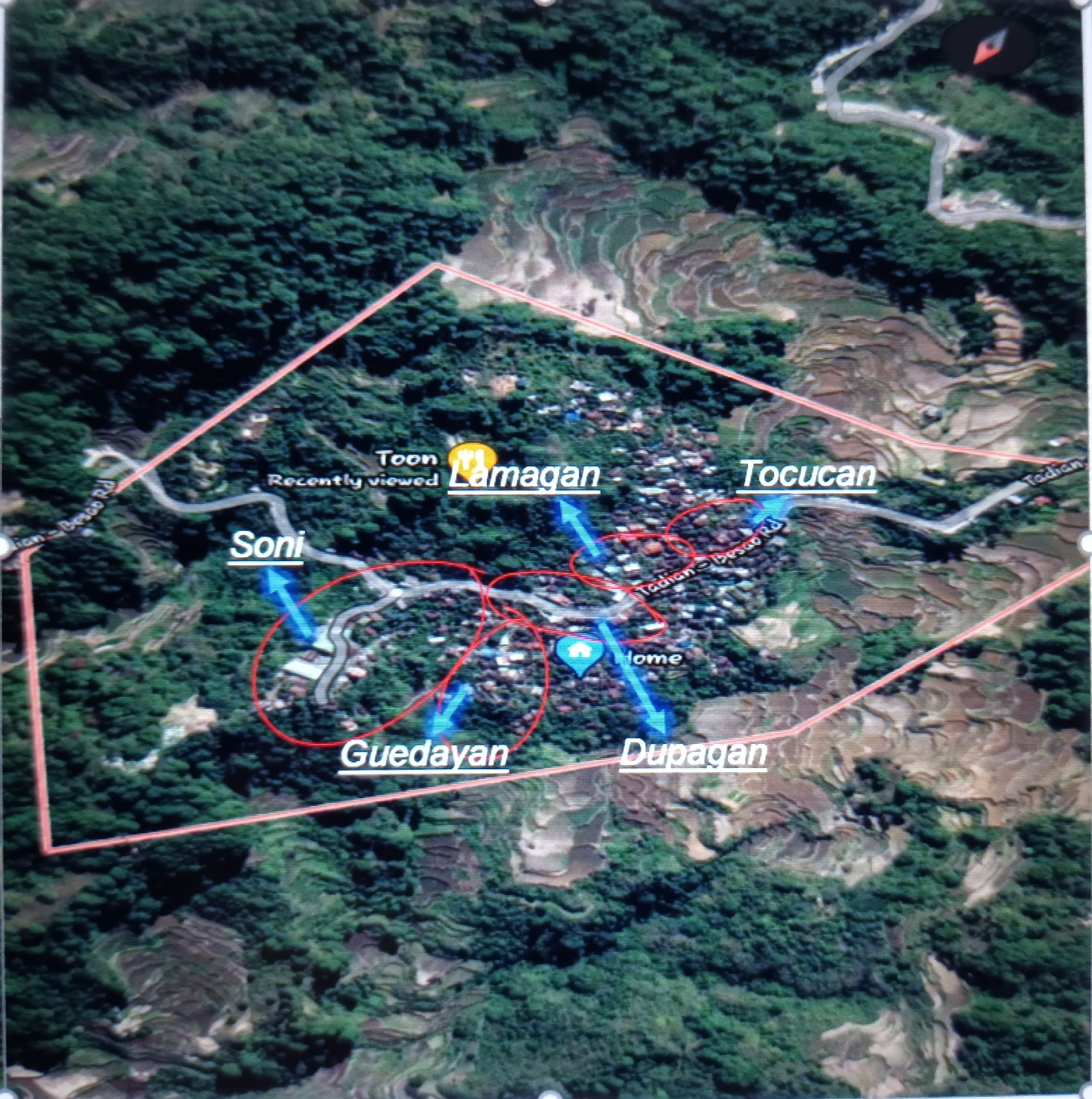 II. Lubon as a Political Community
A. Early Political Structure
On the early years of Lub-ong, the political ways of our ancestors were very conservative. The “Dap-ay” serves as their barangay hall where they held their meetings/announcements/gatherings. In the olden time, the elders serves as their “Consejal” or Barangay Captain. The people respects their elders and every decisions they make.
When giving punishments to those who are at fault, they are going to collect “multa” or compensation from him/her. It can be pigs, chickens, cows/carabaos etc. but it also depends on how heavy his/her fault. Sometimes giving compensation is not enough, the elders can kick out someone with unforgivable sin called “distiro/distino” which means being unable to comeback unless the elders gave the permission.
B. Early Social Structure
In the early years of Lubon, the people did not experienced being a slave. They’ve been free men in their society with their elders leading them. The people have unity and have been helping one another.
The people in Lubon in the early years also have their beliefs in God which they called “anito”, they used to perform a ritual and offer a chicken or a pig etc. to the “anitos” for good harvest, to call the rain, etc. and this practices are still being practice up to the present. After the harvest there is a practice that is being held which called “begnas” and “pak-de”, an offering to the Gods for the good harvest and a prayer for some blessings from the “anitos” to pour rains, stop disasters, heal the land etc. This practices are respected by the people up to this generation which gives unity to the barangay of Lubon.
C. Political Revolution
The first leader of the barangay was called “pangamaen” wchich means the eldest man. As time went by, when Lubon was known as one of the Barangay of Lub-ong/Lubon, an Executive Order was applied which is the voting for the “Consejal” (the early term for barangay captain). The Barangay Captain also have his Kagawads/Barangay Councilors/Barangay Tanods. When this order is released, nothing changed to the lives of the community, because their old practices are still being applied. But the rules and regulations of the barangay has change, they based it from the law implemented in the Executive Order by the office of the Senate and the President of the Philippines. This changed the live of the people of Lubon up to the present, but the old practices are still being done by the elders.
III. Comparing the Early Political Structure of Lubon
A. Composition
The Dap-ay system of the early political way is way more different from the present political way. The leader can be young and old unlike in the earlier time that their leader must be the elders of the barangay. But changing the way of choosing a leader does not mean they will remove the old practices. The dap-ay is not only for rituals it can be a place for the people of the community to rest and for the elders to tell a story for kids for them to have bonding per purok.
1)Kamarin 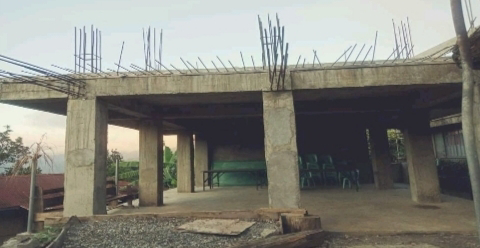 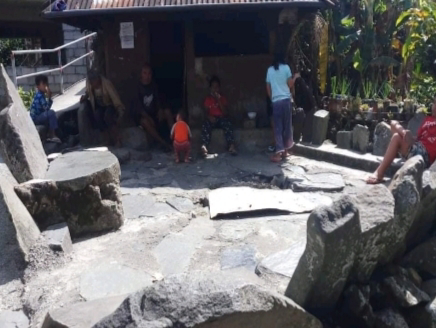 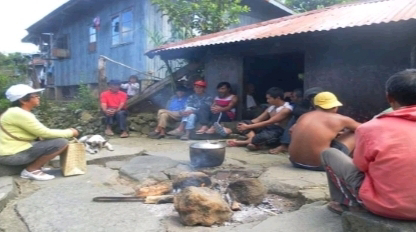 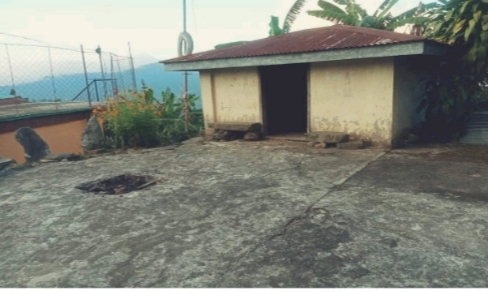 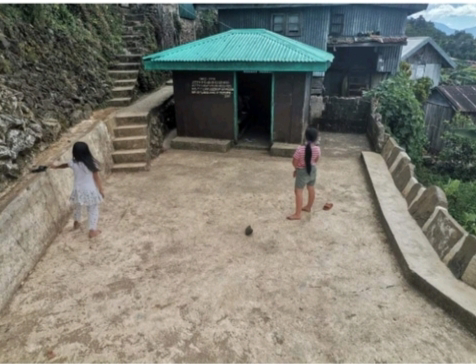 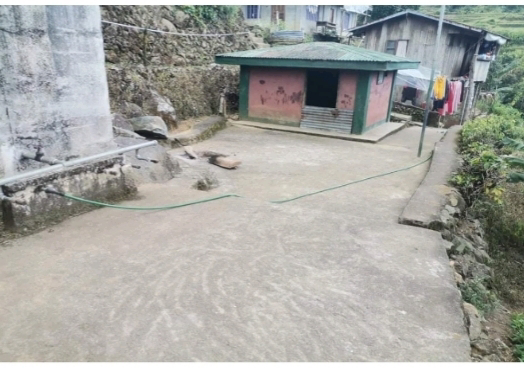 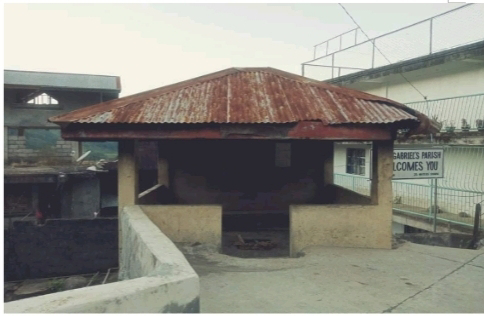 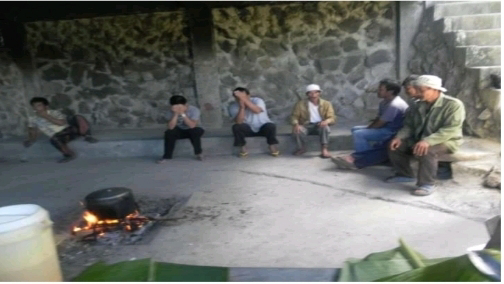 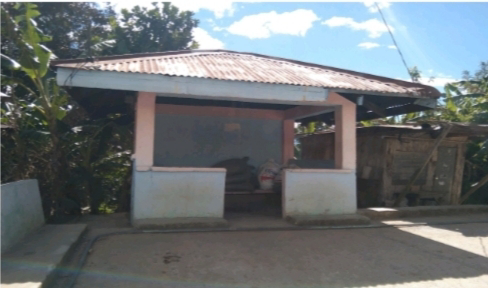 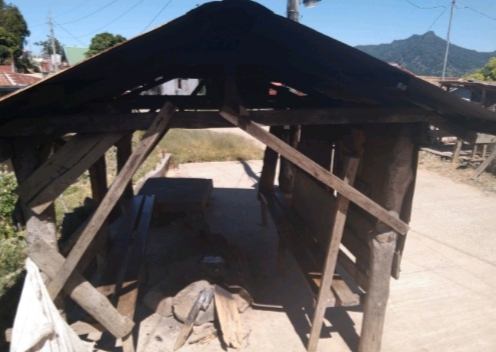 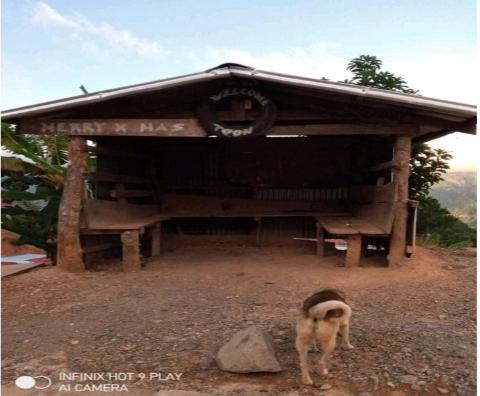 B. Qualification
The changes of the Political Structure gives a positive feedbacks, because their way of changing this brings the people from the community to learn and explore things that are new to them. With these changes their unity, respect and kindness to others still remains the same. Their way of living might be easier and changed but their traditions and culture are still with them.
C. Function
In the early political structure the elders provided excellent leadership to the community. They maintained the order of the people until the evolution of the political way of the barangay. During the change of the political way, the people in the community adapted well and the barangay was even more flourishing.
IV. Reaction
Learning and knowing the origin of my barangay is refreshing to someone like me who is curious about its history. I want to know every single detail of it to satisfy my curiosity and to add some to my knowledge. Knowing about your own society is not bad and it is also important to know your own society so you can share it to the next generation so that it won’t be lost. I think with this report I can share a little more knowledge to my fellow students. I enjoyed writing this report and it is worth my time. Our traditions and culture really did not fade even when there are so many changes that happened to our barangay.
Close info