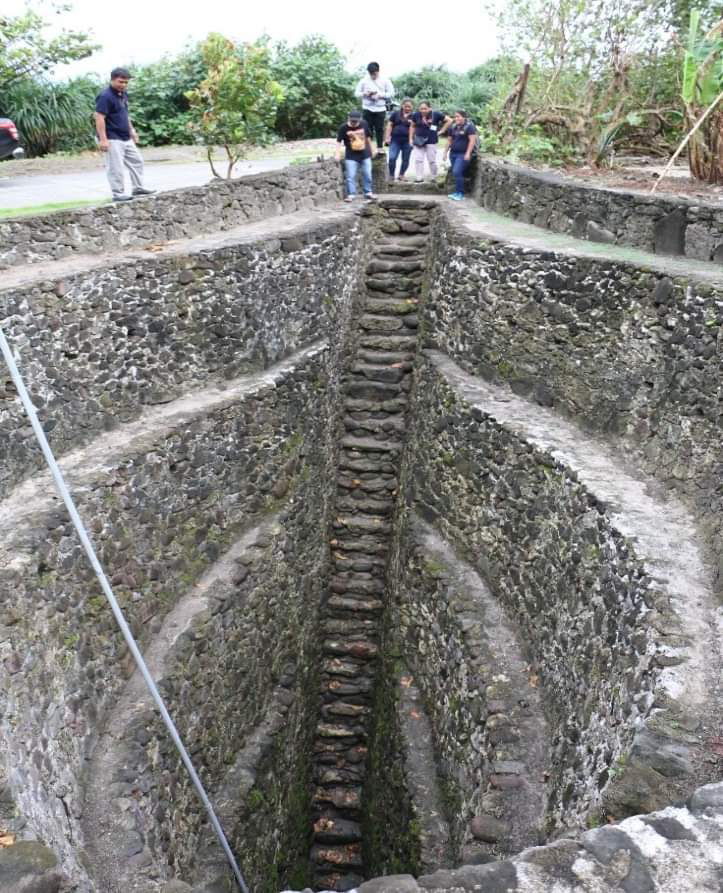 This vitu in Sitio Songsong, Brgy. Kayvaluganan in the town of Uyugan stand out among the unique, oldest wells of Batanes, as it has a perfect outline and intact structure.
These wells were said to be in use until the 1950's. Water pumps were introduced in Batanes in the early 1900's, and faucets began to be installed around the 1950's. 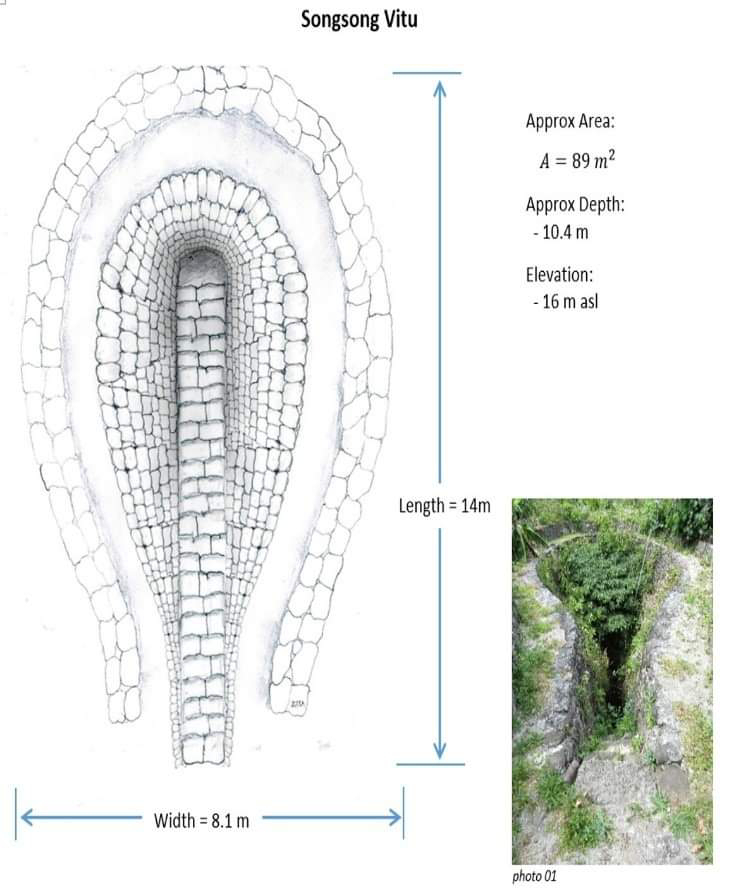 Said vitu 39 steps and is 10.4 meters deep.
The inserted photo is that of the vitu with vegetation, grown as a result of abandonment.
Close info